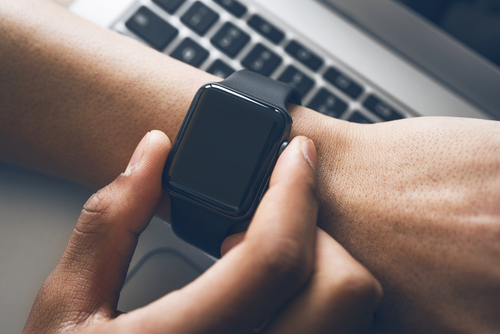 The Apple Watch is the latest item of wearable tech for consumers, and by all accounts popular enough to warrant developers considering making apps for this the smallest of iOS-based mobile devices. Apple execs will not say yet how many Watch units have sold, although it’s possible the number will be revealed at WWDC 2015. At the least, in the USA alone, Apple Watch outsold Android Wear watches globally — over a million preorders (roughly 1.2-2M units ordered by just under 1M customers) in the first weekend of release, in Apr 2015, compared to the ~720K units of Android Wear sold around the world over a six-month period. Of course, it’s still early. Sales of watches for both platforms will increase as prices go down for new versions in the near future.

Now, at time of writing, Apple Watch does not have a publicly-available native SDK. That is, Watch apps must be paired with an iPhone app and an “extension”. Although it is not as complicated as it might sound to make Watch apps, and the feature set will increase by the second half of 2015. According to various reports, Williams says that the native SDK that is coming soon will give access to sensors in the Watch. A preview will be made available to developers at the WWDC 2015 conference in early June. If you want to get started designing and developing your own watch apps, the resources listed below should help. If you have no iOS experience, have a look at our iOS mobile app development guide that covers many aspects of building a mobile app for this platform, and links to numerous resources and tutorials.