50 Tools And Resources For Swift Programming

You might be hearing more buzz about Apple’s new Watch product lately, but the company also announced a new programming language in 2014 — their first in at least decade. 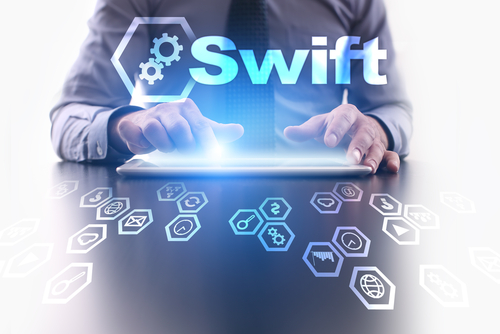 The language, Swift, is touted as something that’s easier to follow, learn and develop in than the much older Objective-C language, which has its origins in the even older C language, and which is also influenced by the Smalltalk language. There is speculation that Swift is meant to replace Objective-C; however, Apple has essentially said otherwise. For now, at least, Swift can live alongside Objective-C code. However, if you are already developing or are thinking of developing iOS mobile apps and Mac OS X desktop/ laptop-based software, it never hurts to stay on top of new programming language developments — especially for a language like Swift that may one day replace Objective-C.

Even were Swift not to end up replacing Objective-C, it has features and abilities not available in the latter that are worth exploring — such as custom operators, command-line scripting, functions as first-class citizens, Playgrounds and much more. In fact, Swift Playgrounds are particularly useful for educators teaching students to code.

In less than a year since Swift’s reveal (WWDC 2014, June), there are already numerous tools and resources. To make it easier to find what you need, we’ve compiled a list of various tools and resources that are useful for developing iOS mobile apps in Swift — although many of the resources apply to Mac OS X software development as well.